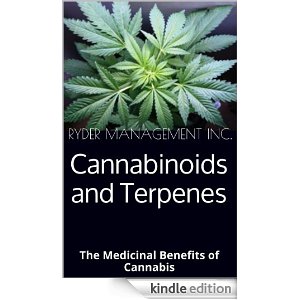 Terpenes are a large and diverse class of organic compounds produced by a number of plants of which many are “aromatic hydrocarbons” (sometimes called arenes).  When terpenes are chemically modified such as by oxidation, they are referred to as terpenoids.  Terpenoids are also known as isoprenoids.  Terpenes and terpenoids are the primary constituents of the essential oils of many plants including cannabis. They are what gives off the distinctive aroma of the particular strain in your medicine.

The synergistic effects of cannabinoids and terpenes offer a great deal of additional benefits which is only beginning to be investigated scientifically.  As patients become more educated on the full potential of cannabis, cannabis preparations and with the complexities in the various compounds found within cannabis, they will become more discerning in choosing their medicine which will help increase the quality of the medication available to them along with the research relating to the synergistic benefits of cannabinoids and terpenes.

This book reviews the test kits available for home use that are available and able to qualify and quantify the cannabinoids in a patient’s medical strain.  Upon using an inexpensive “Thin Layer Chromatography” (TLC) kit, the author was, at the time of testing, shocked to see cannabigerol (CBG) but no cannabidiol (CBD) in the test results, and this started a brand new intensive research into discovering just what cannabinoid(S) was responsible for curing cancer.

Since science took an overwhelming interest in studying THC, it was only recently that renewed interest rose in the other cannabinoids (of which there are 70) and very recently, terpenes.  Both are synthesized in the secretory cells inside the trichomes that are highly concentrated inside the unfertilized female flowers before they degrade or grow old.

Science is starting to understand that it is more than just THC that contains medicinal benefits, in fact the synergistic potential of the cannabinoids and terpenes is a very recent focus in science with the goal of determining exactly how this plant is able to offer so much yet is now well understood.

In addition to discussing the test kits available for testing cannabis strains, this e-book discusses the therapeutic benefits of both the cannabinoids and terpenes leaving the reader fascinated by the huge potential that this plant has to offer and which science is only beginning to unveil.

Apri. 1, 2014,Canada – a large number of authorized Canadians who have been authorized to grow and medicate with cannabis, are told they will have to destroy their medicine. 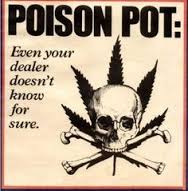 Do you know if the strain you are smoking has been messed with in the form of genetic modification?

GW Pharmaceuticals (GW) has been growing and experimenting with cannabis at an undisclosed location in the South of England since July 1998.  In addition, this writer just learned that in June of 1999, GW filed an application to establish a partner company in Canada “to continue its investigations” in growing strains of cannabis “in more detail”.  PLUS, according to UKCIA.org, GW has been conducting human trials whereby “humans were monitored whilst ingesting different extracts of cannabis through varied delivery systems” beginning in November 1999.