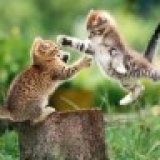 Supreme Court of Canada has ruled that restricting Medical Cannabis to just dried herb “violates the right to liberty and security in a manner that is arbitrary and hence is not with(in) the principles of fundamental justice.”

This ruling has the Minister of Health, Rona Ambrose,  “outraged”.

The Minister is quoted with stating:

“Let’s remember, there’s only one authority in Canada that has the authority and the expertise to make a drug into a medicine and that’s Health Canada,” she said during a press conference.

“Marijuana has never gone through the regulatory approval process at Health Canada, which of course, requires a rigorous safety review and clinical trials with scientific evidence.”

As a result of this SCC ruling, the charges for trafficking in cookies against Owen Smith, have been dropped.

Why on earth is the Health Minister outraged?

Looking back at what Health Canada has accomplished has revealed the following:

Health Canada (HC), in 2004, fired three of their scientists that spoke up against genetically modified food products.  Dr. Shiv Chopra, one of the scientists that was fired by HC, has gone public with what goes on at Health Canada. He has revealed that HC requires their (the scientist’s) approval on products without even allowing information on what they are approving. Dr. Chopra has even written a book entitled “Corrupt to the Core: Memoirs of a Health Canada Whistleblower” http://www.amazon.com/Corrupt-Core-Memoirs-Health-Whistleblower/dp/097319457X

The Health Minister wants us to remember that they are the only ones with the authority to approve what Canadians are allowed to be prescribed as medicine.

How many people are aware that prescription medicine is the fourth leading cause of death in Canada?  http://commonground.ca/2012/01/prescription-drug-deaths/

The above report is very thorough with respect to how Big Pharma came to be and who they are.

Why in the world would Canada’s Health minister be “outraged” over the SCC ruling of allowing the consumption of medical cannabis?

Could it be that consuming this herb has the ability of not only curing cancer but is more effective than any prescription drug available from Big Pharma?