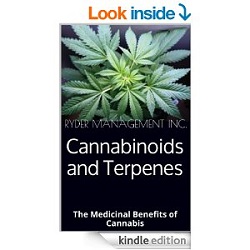 In the above book “Cannabinoids and Terpenes“, the writer used “thin layer chromatography” (TLC) to identify the cannabinoids in the indica  strains used to make “Rick Simpson Oil” (using grain alcohol) to treat terminal liver cancer.

Surprisingly, where the author expected to see CBD on the test plates, the TLC organic chemistry test kit plates, or chromatograms, identified no CBD BUT did show CBG, THCV and of course THC.

The DEA has used thin layer chromatography as a method of identifying where the cannabis confiscated originated from.

It should be noted that up until recently, the literature on cannabinoids reported that strains with no CBD but high indications of CBG are classified as hemp plants.

In trying to obtain the truth on health remedies, it does become frustrating when the government whom we rely on for truth, report contradicting information from that which one discovers solely from the pursuit of knowledge and truth.