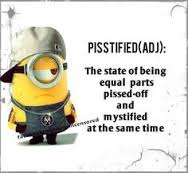 With the adoption of the United Nation’s Single Convention on Drug Control in 1971, it became necessary for the international forensic community to be able to differentiate “drug-type” cannabis from “fiber-type”.

Cannabis is finally being accepted as the medicinal plant it is and as countries move towards accepting recreational cannabis, why is the industry still only focused on the ratio of THC to CBD????

To emphasize the meaningless of the THC to CBD ratio, the following strain fingerprints are for your perusal:

With the exception of the ACDC strain above, the cannabinoid – CBD (cannabidiol) is only present in trace amounts in the above strain fingerprints, relative to CBG, CBC and or THCV.

The above strain fingerprints not only disclose the major cannabinoids present in a given strain, it also discloses the terpenes that are present.  Terpenes and cannabinoids are produced in the heads of the glandular trichomes, produced during the flowering stage of unfertilized female plants.

For indepth research on cannabinoids and terpenes, the following e-book is available at Amazon  and provides indepth information on cannabinoids, terpenes, strain fingerprints, plus so much more.

The synergistic benefits of the plant’s naturally produced cannabinoids and terpenes provide a great deal of additional benefits relative to just THC or CBD. As consumers and patients of cannabis become more educated on the full potential of this plant, it is important to insist on reviewing the full strain footprint from licensed vendors. In this way, the quality of product should increase, along with indepth research on the medicinal qualities of this plant.